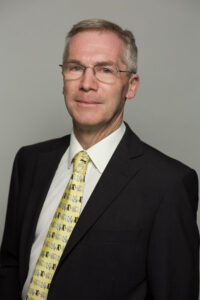 Having read what was in my opinion a quite optimistic suggestion that big data analytics could ultimately predict all subsea system problems, I was reflecting on just what was possible. True big data would need lots of data from lots of systems, at which point one encounters the first problem: the owners of most subsea systems are quite reluctant to provide the data that would be needed. So instead I considered how and if clever analysis of system operational data could predict wet-plant failures early enough to allow one to schedule repairs in the most effective and least disruptive way – not really big data, but practical and potentially valuable.

All subsea systems include schemes with varying degrees of wet-plant monitoring and all are capable of detecting changes and locating them to a section. Repeaters with High-Loss Loop-Backs can detect loop-loss changes and should be able to distinguish between a cable loss change and a failed pump, while those with command-response supervisory monitor pumps and optical levels, so a degradation or failure should be clear. The Xtera repeater reports a number of things, including temperature, which allows one to distinguish between pump current changes caused by water temperature variations which occur in shallow water and those which indicate a real pump degradation.

The problem is that while degradation probably indicates a potential failure and is worth tracking, some failures may occur without prior degradation. I understand that this is often the case with 980 nm lasers (the most common type of EDFA pump): 1480 nm lasers by contrast often show some changes before failure. More importantly, the major problem with subsea systems, except those with known laser pump issues, is not repeater failure, but cable damage due to ship activity. This is clearly not predictable from the system parameters and even real-time data on ship positions wouldn’t provide much advance warning.

It’s hard to imagine how even real big data could extract failure indicators and allow the prediction of cable damage early enough to either to prevent it or to at least schedule a repair more efficiently. The continuing development of subsea plant means that the component population is evolving all the time, which must surely make it hard to analyse in a meaningful way. So to me it seems that no matter how big the data, predicting the most important types of failures won’t be possible.

Before writing this I read that, “People know they have to start getting good at big data … but they haven’t really figured out what to do with it just yet.” I suspect that I haven’t yet worked out what it really is and my intention in writing this was to explore what seemed possible and to get some feedback. So I’d be really interested to hear of any relevant experience or opinion you might have and of features which you think might allow better prediction or diagnostics.

This article has been initially published by Tony Frisch on LinkedIn. You can find it here.